Phil Lazenbury joined our band as musical director in February 2008.

Phil is currently teaching violin, clarinet and piano in the Windsor and Maidenhead area, both privately and in local schools. For the last 14 years he has been the Musical Director of the Ercol Brass Band, who have the enviable privilege of playing for the switching on of the Christmas tree lights in Trafalgar Square. He is also Musical Director of the Burnham and Binfield Concert Bands, and a tutor for the Binfield Music School trust. 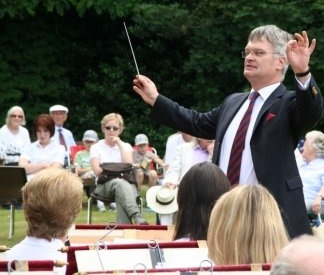